The Condensed History of Lofi Girl

Within the last five years you’ve likely seen the anime girl with headphones somewhere on the internet, studying tirelessly with a cat nearby. Who is she? Why is she endlessly studying? And how does she have her own record label with dozens of artists, over 10 million YouTube subscribers, a Discord server with over 680,000 members, and a Spotify playlist with over 6.4 million followers?

Lofi Girl isn’t just an anime illustration—she represents a brand and community. In the 24/7 music livestream corner of YouTube, she has one of the highest followings alongside Spinnin Records and Yellow Brick Cinema. But neither of those channels hold a candle to Lofi Girl’s community, with fan art, merch, and a subreddit 29,000 members strong. Let’s dive into why and how Lofi Girl grew a cult following.

A 22-year-old French creator Dimitri started a livestream on his YouTube channel, ChilledCow, which consisted of lofi music playing with an accompanying chat.

For the livestream’s cover art, Dimitri selected a gif of the anime character Shizuku Tsukishima from the 1995 film Whisper of the Heart. In the movie, the character is a Japanese schoolgirl who spends her free time reading and writing in her bedroom.

The channel drew a community of students and desk workers, using the chat as a place to connect and bond over their work. Set to music that was at a pleasing 70–90 beats per minute—the same pace as an average resting heart rate—it created a comforting and welcome atmosphere that fostered a tight-knit community. Even today, at any given time in the chat, you’ll find comments like “Just finished 2 essays.” “How’s your day?” and “Anyone here in law school?”

As Dimitri’s channel grew, copyright concerns followed and YouTube took down the channel in July 2017. In September of that year, Dimitri commissioned a follower of the channel, Colombian artist Juan Pablo Machado, to draw what we now know as Lofi Girl. The new illustration became the main image of the channel when it relaunched that October.

In 2017, Dimitri also started ChilledCow Records, a music label that signed ambient music artists, whose work played on the YouTube channel and was free to use for streamers and content creators.

By July 2018, the channel had 1.7 million subscribers and according to YouTube, nearly 65,000 viewers were tuned in at any moment.

In February, nearly three years after the original livestream launched, YouTube took down the channel again, this time claiming the takedown to be a mistake. Consequently, the livestream stopped after having become one of the longest videos in YouTube history—at over 13,000 hours and with 218 million views.

When the channel was taken down, it had nearly 4 million YouTube subscribers, 1.4 million followers on its Spotify playlist, and was a much larger community—which made the account suspension more noticeable on Twitter with #bringbacklofi trending and with people mourning her disappearance on TikTok. Less than a day later, the violation was lifted.

In May of that year, ChilledCow started a Discord, which grew quickly thanks to the pandemic bringing people inside and making them more reliant on digital interactions. Its Lofi Girl animation was becoming known across the internet, with even Will Smith releasing an illustration reflecting the character for a lofi livestream. 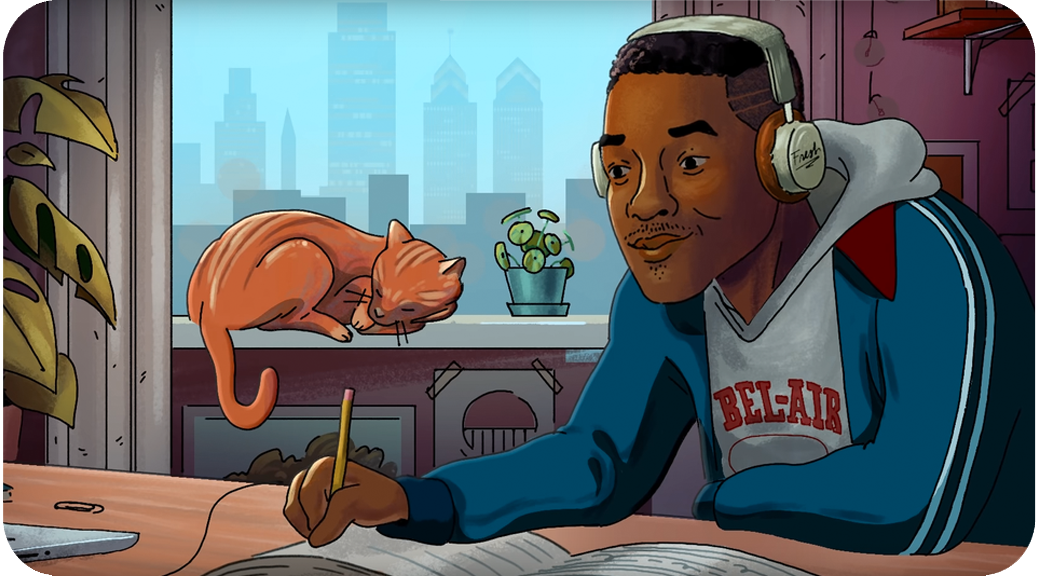 By March 2021, ChilledCow had grown its following substantially by more than doubling both its YouTube subscribers and Spotify followers.

The lofi music channel was no longer known for its relaxed beats alone. The iconic animation of the girl sitting and working at her desk was instantly recognizable around the internet—showing up in satirical news articles, memes with Bernie Sanders, art, and one-foot tall figurines. 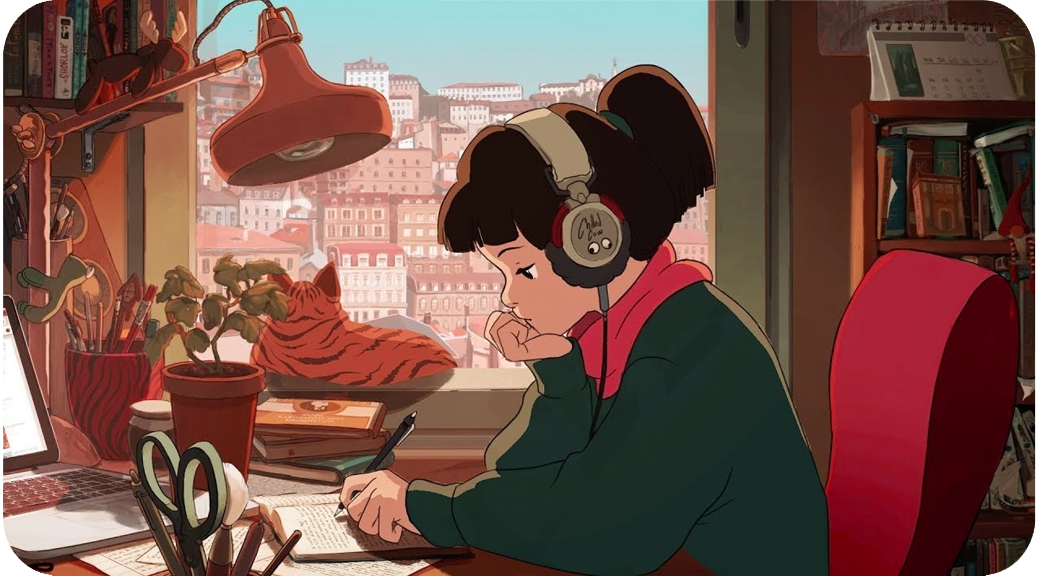 In acknowledgement of the ubiquity of its anime character, on its anniversary, March 18th 2021, ChilledCow announced its rebrand to Lofi Girl, changing its music label, site, and social handles to align with the new moniker. “This was a very tough decision to make, but the driving force behind it is the fact that ChilledCow’s name was chosen many years ago, and is no longer reflective of what the channel is about,” read the announcement.

By January 2022, Lofi Girl’s YouTube channel had reached 1 billion views. In March, the channel announced a college scholarship giveaway in celebration of reaching 10 million followers. Ten winners were selected and the scholarships  covered up to $50,000 of tuition for each student.

Today, the YouTube channel has 10.5 million subscribers and over 1.2 billion views. It just debuted merch, and is currently hiring for a community manager to create content for its social channels and organize online events.

Lofi Girl acts as a digital representation of a library; a calm, comfortable place where students can gather to study together. Its ability to aggregate students—thanks to the channel’s always-on livestream and casual viewing experience– has created a strong niche community despite its mass appeal.

This community and brand element is what allowed them to go deeper, serving their audience with scholarships, shareable music resources, and a place for artists such as illustrators and musicians to connect. 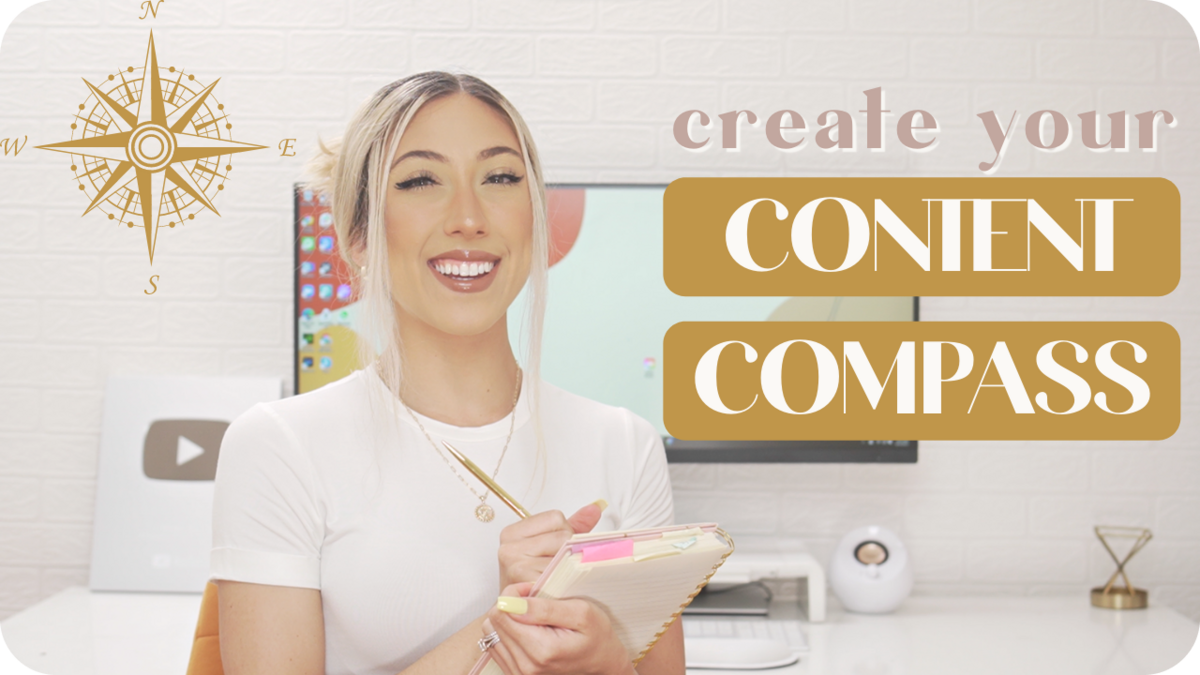 May is mental health awareness month and as creators, the topic of burnout is all too familiar. Our friends at Spreadshop share in our mission to make creators viewed as more than just content-producing machines. Recently, they partnered with influencer coach Modern Millie to create the first workshop in a series of “Creator Compass” courses aimed to help you find your way in the creator landscape.

This workshop is completely free and helps guide you to:

If you’re a creator who’s looking for a little direction, join the Content Compass workshop today.

Publish Press readers share a problem they're facing and creators Colin & Samir respond with their advice.

Q: I'm a YouTube creator with 66,000 subs, but ultimately want to be a documentary filmmaker. I feel like I should deviate more into the docu world to learn from others, and be taken more seriously as a female filmmaker (not a "YouTuber" or "Influencer," which as you know, comes with its own stigma)—but I also recognize the immense power in having an audience. Am I overlooking the opportunities my YouTube channel could have?

A: Here are some reasons why having a YouTube channel is good for being a filmmaker:

Set production workflow—The cadence of making a YouTube video can be an abbreviated version of a short film. Getting into a rhythm of consistently uploading, concise storytelling, and analyzing where people drop off on your videos can make you better at storytelling and producing a film in an efficient and cost-effective way.

Get more reps—It may seem obvious, but your work won’t be seen unless you produce a lot and get it out there. Levi Allen made a slacklining documentary, then started a YouTube channel, which brought awareness to his work, and more viewers to his film.

Hone your style—Storytelling is more important than subscriber numbers for your goals, so your channel can be a testing ground to try different types of documentaries. Try a participatory or expository doc—utilize your community for feedback and bouncing ideas off of.

In regards to being taken seriously—you can be taken seriously no matter what route you take. Some filmmakers release on YouTube like the creators behind Every Frame a Painting and some get their start on YouTube and make a film—like Bo Burham, Elle Mills, and Issa Rae. There’s really no one formula to follow, so we encourage you to go after what you want and write your own story.

Facing a creator problem you want help with? Share it here→